The Olive and the Almond 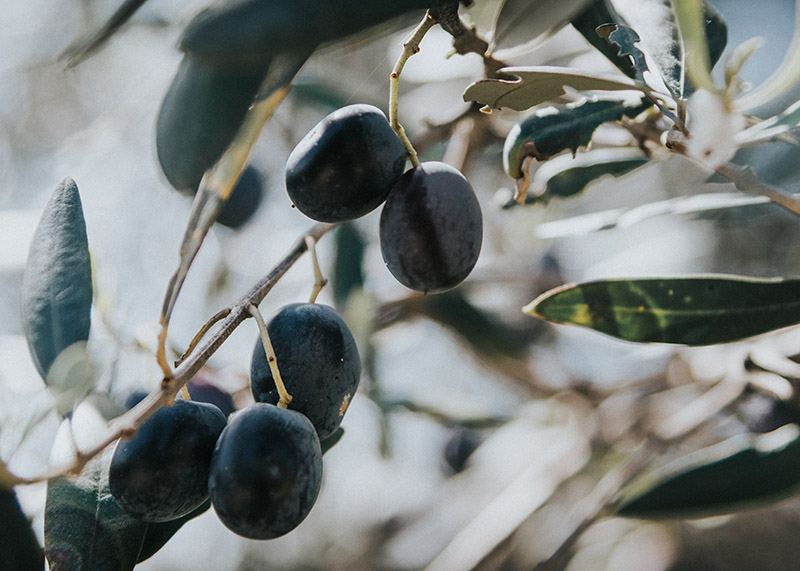 The secret to a God-pleasing life is to become an almond by being an olive. That sounds cryptic and strange, but Christians possess a treasury of strange sayings. We are the ones who talk about being “born again” and “on fire for God,” after all. The special relationship between the olive and the almond tree illustrates one of the Bible’s most important lessons. It is a lesson that Jesus Himself had to exemplify with a faithful life and a sacrificial death. The olive tree and the almond tree are biblical images that show the pattern of humility and exaltation that runs throughout the Bible.

Olives are an important product of the Mediterranean world. People in the ancient near east used olive oil in lamps to give light. The harvesting process involves beating the trees with rods until the fruit is shaken down. Moses instructed Israel not to beat their olive trees twice so that the poor and sojourner among them could have their own harvest (Deut. 24:20). The olives fell to the ground and the people would pick them up and gather them into bundles. The purest olive oil could be obtained by crushing the olives in a bowl with a mortar. This is the “beaten olive oil” used for lighting the lamp in the tabernacle and temple.

Almond trees are the first to blossom in the winter months and are known for their beauty. The Hebrew word for almond is a noun form of the verb “to watch.” Almonds are “watchers.” In Israel’s Temple, the Menorah was shaped like an almond tree. The flames of the lamp are eyes that watch. God is the ultimate”watcher,” but angels are also called “watchers” as we see in Jeremiah and Daniel.

And the word of the LORD came to me, saying, “Jeremiah, what do you see?”And I said, “I see an almond branch.” Then the LORD said to me, “You have seen well, for I am watching over my word to perform it.

I saw in the visions of my head as I lay in bed, and behold, a watcher, a holy one, came down from heaven.

Speaking in Daniel 4:13 is King Nebuchadnezzar of Babylon. He had a vision in which an angel came down from heaven and showed him a great tree that served as a place of shade and food for many animals. The tree is cut down to a stump and bound with iron bands. He learned that the tree was him, and God humbled him to make him like a beast of the field for seven periods of time. The lesson that Nebuchadnezzar was to learn came in the form of a judgment by “the watchers.”

The sentence is by the decree of the watchers, the decision by the word of the holy ones, to the end that the living may know that the Most High rules the kingdom of men and gives it to whom he will and sets over it the lowliest of men.

Nebuchadnezzar gets his reason back and is once again exalted to his kingdom, only this time he gives all glory to the God of heaven, saying:

Now I, Nebuchadnezzar, praise and extol and honor the King of heaven, for all his works are right and his ways are just; and those who walk in pride he is able to humble.

The prophet Zechariah saw a vision of a menorah that defies logic and has been hard for commentators to describe (Zech. 4). Flanking the menorah are two olive trees. Olive oil flows from the two olive trees to the menorah. The two olive trees are Zerubabel and Joshua, high priest and ruling governor of Israel. Their oil flows to the lamp so that the seven “eyes of the Lord, which range through the whole earth” can see all the land. This symbolizes God’s omnipresence and omniscience in Israel through His two human witnesses or regents. The oil of the earthly priest and King goes up to heaven. They become like the “watchers.”

Jesus is the ultimate priest and king of Israel, but His exaltation began with humiliation. Gethsemane means, “wine press of oils.” The garden where Jesus prayed on the night of His betrayal and where He went into great tribulation and suffering was at the Mount of Olives and was named for an olive press.

The way to true glory is through humility and exaltation by God. This is the relationship between the olive tree and the lamp stand. The olive tree is beaten with rods and its olives are shaken down to the ground. Then, they are harvested and crushed for their oil. The oil is used to light the lamp designed to look like an almond tree that represents the eyes of God. The olive is crushed, but its oil is exalted to become glorious light.

Jesus, though He was God, took the form of a servant olive. He was beaten down from the tree and harvested. He went to Gethsemane and then on to crucifixion. He was crushed on the cross for the forgiveness of our sins, but He rose again to ascend and burn bright in the heavens like the eyes of the almond tree menorah. Jesus Christ is Lord!

Those who follow Him into the olive press will also follow Him in His exaltation. Those who take up their crosses daily and are crucified with Christ in faith, will rise again to rule and reign with Him. He has become greater than the watching angels, for:

After making purification for sins, He sat down at the right hand of the Majesty on high, having become as much superior to angels as the name he has inherited is more excellent than theirs.